Dr. Franck Marchis has been Principal Investigator at the Carl Sagan Center for the Origin of Life at the SETI Institute since July 2007. The SETI Institute is internationally recognised as leading in the field of astrobiology and the study of life in the Universe. Dr. Franck Marchis and his colleagues focus on a wide set of disciplines ranging from observing and modelling the precursors of life in the depths of outer space to studies of Earth and its rich biological history. They seek to understand the concept of habitability, on planet Earth and elsewhere in the solar system.
Franck and his colleagues at the SETI Institute participate as investigators in NASA space flight missions, as observers on some of the world’s finest telescopes, and as explorers probing life in inhospitable environments, including the Antarctic and deep-sea trenches.
Dr. Franck Marchis was a scientific advisor on the Disaster Playground Project. He is also Nelly Ben Hayoun’s mentor in her position as Designer of Experiences at the SETI Institute. 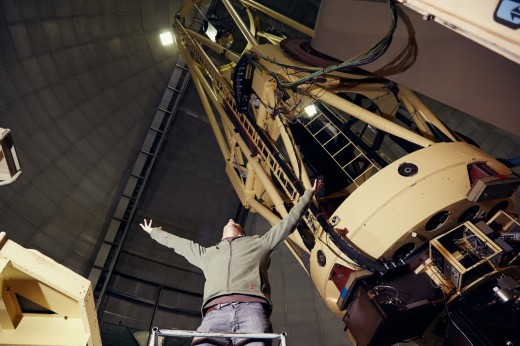