Nelly and Nick have been working together since 2009. As Nelly puts it ‘ There is no better photographer on this planet and beyond.’

Nick Ballon is a documentary and portrait photographer based in the UK, whose Anglo-Bolivian heritage is an important source of subject matter and inspiration in his work, exploring socio-historical ideas of identity and place, the concept of ‘foreignness’ and belonging.

He graduated with a BA (hons) from Berkshire School of art and design in 2001, and since then has worked editorially for a number of respected international publications, including the Sunday Times Magazine, The Guardian Magazine, the Financial Times, the New York Times, El Pais and Der Spiegel.

His work has been exhibited internationally including at Rencontres d’Arles, Beijing Triennial, Guernsey Photography Festival, KK Outlet, Wellcome Trust, and NCM/Foyle Foundation. He has been shortlisted for the Taylor Wessing Portrait Photography Prize four times, and received an honourable mention for the Photographic Museum of Humanity grant.

In 2013 he self-published his first book Ezekiel 36:36 which looked at the curious and precarious existence of Bolivia’s national airline, which received much critical acclaim and was one of TIME’s best photo-books of 2013. His second book ‘The Bitter Sea’ will look at land-locked Bolivia’s painful longing to reclaim back its sea lost in a war to Chile over 129 years ago, and will be published by Trolley Books.

You can see more of Nick Ballon’s work on www.nickballon.com 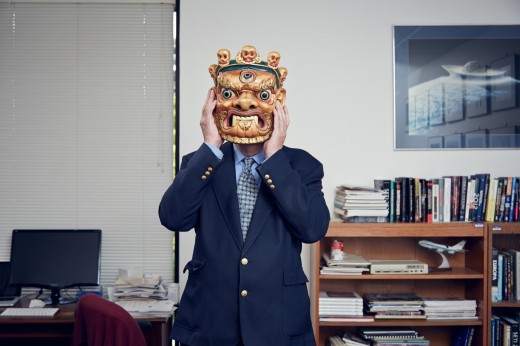