Nelly was featured in the September issue of the bilingual English-Turkish, 212 Magazine, where she talked about her mission to bring chaos and disorder into the scientific and design worlds!

Nelly spoke to the editor of the magazine, Heval Okcuogolu about her background as a painter, theatrical practices, critical design and the power of perseverance. If you read the interview right through the end, you might also discover what Nelly’s wildest dreams are…

The full article is available in the print copy of the magazine here. Words by Heval Okcuogolu 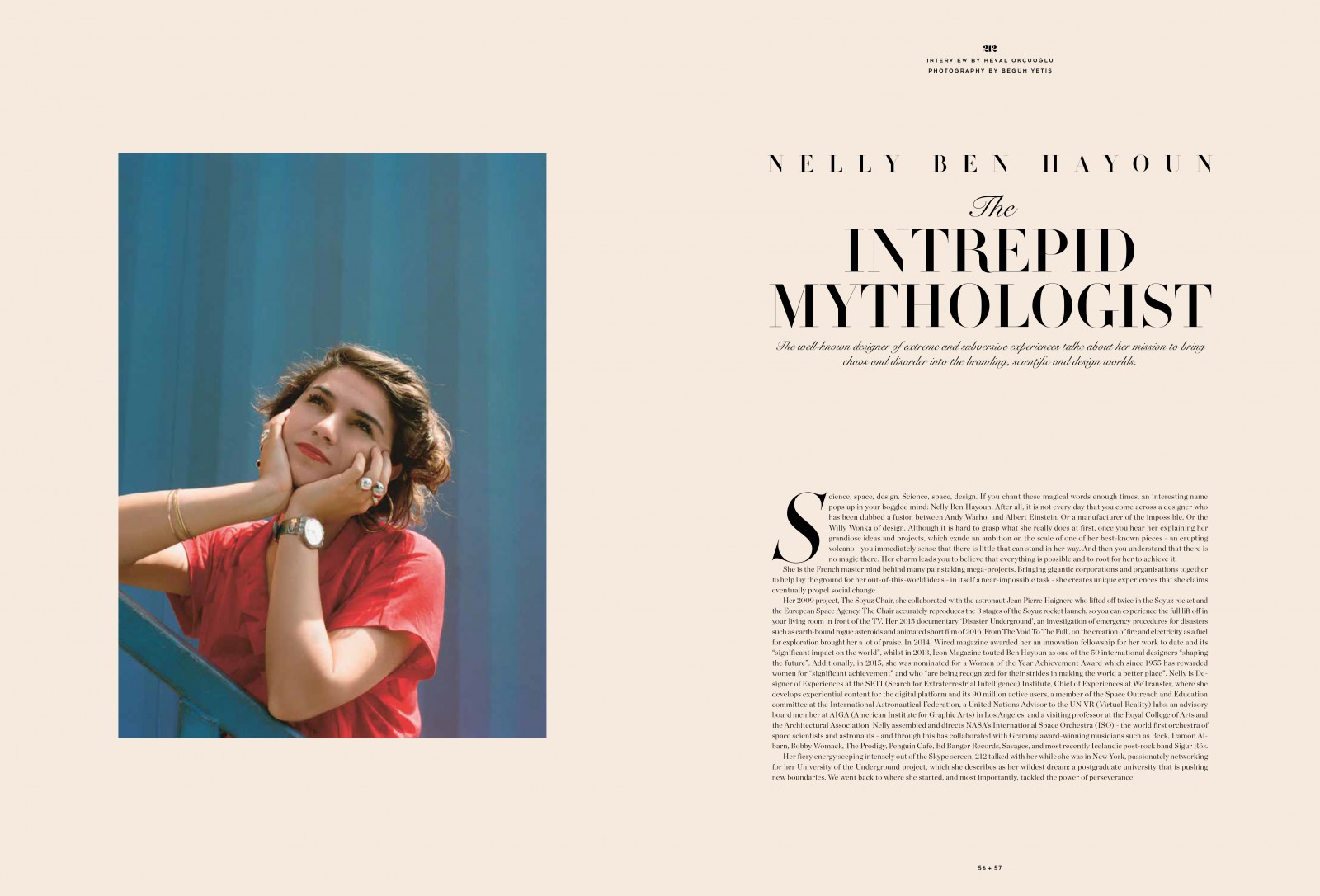 212 is a biannual magazine based out of Istanbul, published and distributed internationally. It contains short fiction and long-form reportage; distinctive photo essays and revealing interviews. Even though it was born in the city where east meets west (as the love-worn cliche goes), the magazine seeks to transcend the loaded dichotomies of Istanbul’s favourite metaphor, and extends its gaze far beyond the region.

The name “212” comes from the area code for Istanbul, but it also happens to be the area code for New York – a piece of misdirection that’s characteristic of the magazine’s ethos: as soon as you try too hard to close in on your subject it has a habit of defying you. Rather than pigeonholing ideas into narrow parameters, 212’s contributors trace connections that will surprise and delight.

Each issue is centred around a loose theme and has two editions: English and Turkish. 212 aims to be as challenging as it is influential – to provide an inclusive space for ideas and perspectives to mix without prejudice and better interrogate social, artistic and cultural phenomena from the region and around the world.
You can find out more about 212 here