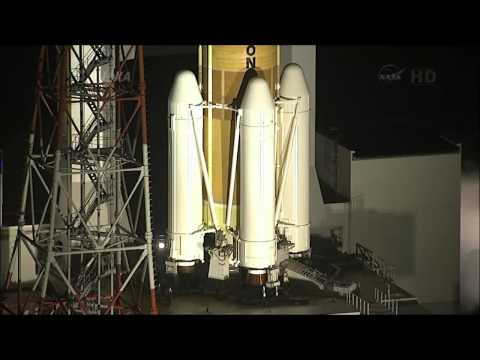 The International Space Orchestra is IN Space!

Special mention on ISO’s collaborator Bruce Sterling’s blog : Beyond the Beyond at Wired.

Time for us to cheer all together! I have not make it to space (yet…!) but the International Space Orchestra surely did…!

THE INTERNATIONAL SPACE ORCHESTRA (ISO) HAS LIFT OFF!

On 4th August 2013, two ArduSat (Arduino based Nanosatellite run by the company Nanosatisfi) launched from Japan, carrying all the way to the stars, the ISO’s recordings of Ground-control: An Opera in Space!

See the rocket launch HERE , more details attached and on www.nellyben.com and www.groundcontrol-opera.com
Ground-Control: An Opera in Space was initially performed in September 2012 in front of the World Largest windtunnel at NASA Ames Research Center, California. It was then recorded at Skywalker ranch, George Lucas’ Studio (where they recorded Star Wars). On 4th August, the Two ArduSat carrying the ISO recordings were launched aboard the H-II transfer vehicle, HTV-4 from Yoshinobu Launch Complex at the Tanegashima Space Centre.

The broadcast of Ground-Control: An Opera in Space (27min) will be released by radio waves and morse code. One ArduSat will be broadcasting the voice, the other one the musical part, just like a real ‘space’ orchestra. The International Space Station (ISS) launching of the two ArduSat will not be immediate after the rocket launch. It will depend on the ISS schedule. The broadcast will be radio waves and morse code. Time and Dates will be confirmed soon on www.nellyben.com and www.groundcontrol-opera.com